McMansions used to be a housing trend and was a symbol of wealth. The sheer size McMansion houses have is quite a stark contrast among all other types of houses. However “McMansion” is largely a pejorative term, despite most of the houses classified into the luxury housing categories. 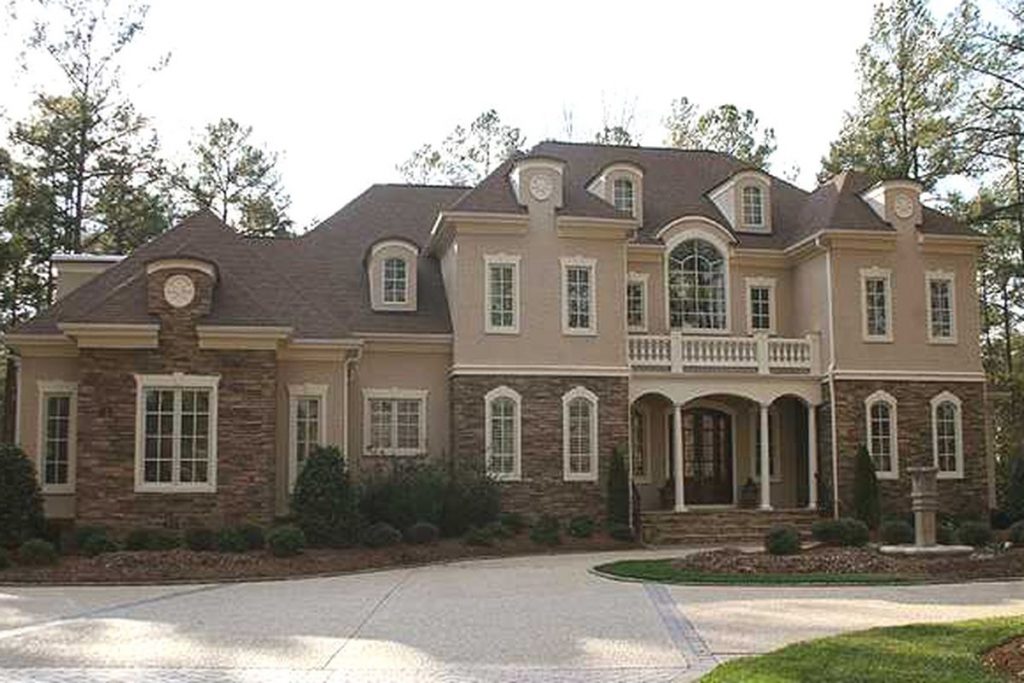 McMansion denotes a fast-fashion much like the fast-food joint, McDonald’s. It’s a mass-produced houses that rose to popularity in the 80s. The marketers often refer to these houses as executive homes or “tract mansions”. Mcmansions are most often found in the suburban area where population is low in density, in other words, in the residential area. These mansions are sometimes also called as “starter castle” and “garage mahal”, the latter denoting the often oversized garages that can fit more than three cars at once.

A lot of the elements of the house are for mere cosmetic use, instead of serving a real purpose. A common example is house pillars. Often times, they are merely plastered on, without any real not practical use. Pillars are often considered to show the image of “wealth”, and McMansions have a lot of these.

Turrets are one of the most common of these “illusions of wealth” McMansion sports. The blog mcmansionhell.com pointed out that turrets are “obligatory”. Often, turrets are also merely half-turrets, or an attached part of the house shaped to mimic a turret; making it a half turret, or as mcmansionhell described it, a fake turret.

There are a lot of stick-on elements that simply exist for the sake of being an accessory of the house, except for the fact that they’re often an eyesore. Fake window covers are commonplace. The sizes of the covers themselves are also often disproportionate to the size of the windows, making it seem as if the builders don’t spare a thought at all to the designing and building of the house.

McMansions also seemed to be falling out of favor. McMansions were once considered great investments in the 80s and 90s. However in the housing crash in 2007, not a lot of people are capable nor willing to purchase McMansions. The larger the house, the bigger the tax , as well as everything associated with the maintenance. There was an analysis by Trilia that shows people who are willing to pay for McMansions decreased considerably in a mere four years.

There is also the fact that Millennials are not yet “settling down”. Millennial are also known to have far smaller interest in marrying and having kids, and those that do, do them at a much slower rate compared to the generations before them.