Flores island might not appear anything like its name means—flower. Perhaps, the Portuguese who named the island back in 16th century has something in mind, or perhaps they have seen inner beauty of the island. Rather than a blossoming garden with blooming flowers, Flores is rich with spider-web like rice fields, hidden lakes, and thick forest though less tropical than other part of Indonesia. The greeneries, however, seems to get drier and drier on the west, until it turns fields of crips savannah covering jagged mountains in Komodo National Park archipelago. Though flower-free, the National Park radiates peculiar beauty; a wonderful land that seems like popping out from the lost world. 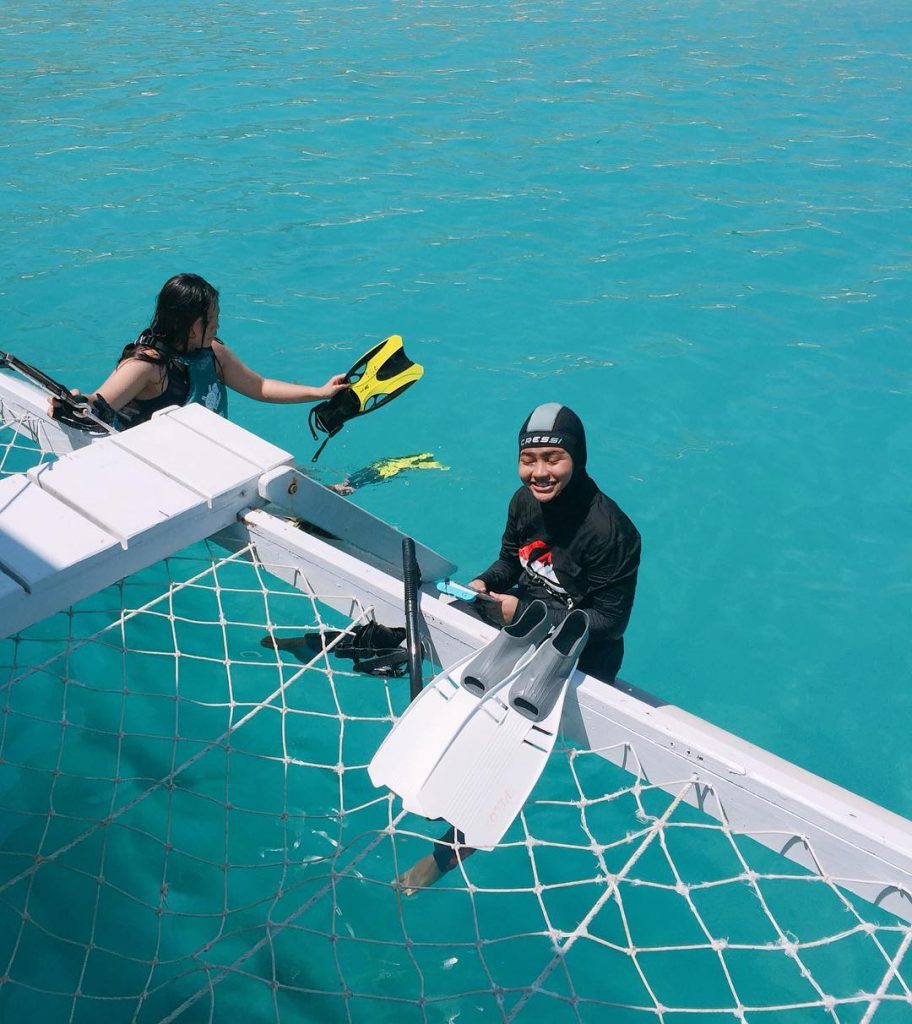 A few decades ago, pioneer travelers that had been bravely ventured over Flores, Komodo, and down to the underwater world. And boy, another flower of Flores has been discover. A vast, large, and colourful coral with vibrant marine life blooms where water rules.

Since the rising popularity of Komodo’s underwater, now Komodo diving liveaboard has become an important part of most trip to the National Park. For most trip, diving has been an integral part that comes side by side with dragon hunting and island hiking.

If you have been on diving liveaboard before, it should not be much different. You will be assigned to a cabin (shared or master with additional fee), having diving equipment ready on the dock, and get full course three meal a day. Komodo diving liveaboard operators in Flores usually offered two to five days trip, the latter is for true avid divers who wont leave Komodo before exploring its every dive sites. Three days trip are the most common booked trip, both for divers and non-divers.

Being part of coral triangle which expands from Philippines to Papua New Guinea to Bali, Flores is blessed with extremely rich marine life and teeming corals. To make it even better, the underwater region of Komodo also enjoys UNESCO’s protection status, preserving the area from illegal fishing and unsustainable harvesting method that will potentially destroy the fragile corals. As a result, Komodo’s underwater blooms with great diversity of fishes, corals, and reefs. The ocean between the National Park also become a nice home for the turtles, dolphins, manta rays, pelagic, to micro animals.

The water temperature in Komodo is normally quite warm, around 25ºC to 28ºC, particularly in the northern area. If you go to the southern part of the park, however, the water might get cooler which can reach down to 20ºC to 25ºC, though it can also change with the climate.

The best time to hop on Komodo diving liveaboard and embark on the diving adventure should be around November to January. On a bright day during these months, the water is the clearest, where you can see more than 30 meters easily. This is usually the best time to see a group of manta ray passing by in some Manta spot. However, watch out for the rainy season and high waves that frequently happen during December to early January.

The most peak season for Komodo trip, July and August, also offers great diving experience. Though visibility might be decreased for few meters, it’s usually the time where the sea is the richest, resulting in blooming marine life. August is also the best time to see Mola Mola, the sunfish of the ocean.