Japan, particularly Tokyo, is infamous for its ridiculously high prices of residence. Prices per square meter are one of the highest among the places in Asia. The country and especially its capital is also notorious for their micro-sized apartments. But regardless, all eyes are on Japan. There are numerous reasons why people would want to invest their money in the properties here; a diversification is one of them. What are some of the most common terms you need to know before you start investing in Japanese properties? 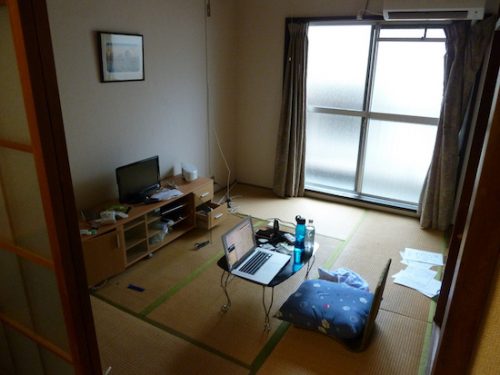 Japanese apartments in everyday lives are referred to as simply アパート (read: “apaato”) an English-borrowed term from the word “apartment” itself. Apaato is commonly located in buildings that only have few floors. Apaato is rarely located in high rises.

The usage of the term slightly differs from “manshon” or “mansion” in Japanese terms. Mansion generally refers to more expensive residential buildings compared to apaato. Generally, mansions are built stronger, with reinforced concrete, and with an overall higher quality material, which translates to higher rent prices.  In Japan, mansions are, more often than not, located in high rises.

traditionally, Genkan is the first place you’ll step foot in once you’ve opened the door to a house. It is the entryway where you’re required to take off your shoes before you come inside the house. Shoe boxes are most often placed in the genkan area. Genkan can be as small as half a meter, or even less, in width.

Most of Japanese apartments and mansions are open-plan

Japan is infamous for their tiny apartments and the limited space. This is particularly true for Tokyo. Arguably the world’s most populated metropolitan city, the price per square meter is extremely high.

You’ve probably heard of the term 3LDK, 1K, and such. But what do those numbers and alphabet mean? In Japanese housing, the number in the forefront indicates the number of rooms or bedrooms in an apartment or mansion. The letter “L” refers to Living Room, “K” represents Kitchen, while “D” refers to Dining Room.

It’s noteworthy that the size of the LDK rooms commonly allows for a bigger-sized dining room, while the apartments indicated by “DK” commonly have smaller dining area without a permanent separation from the kitchen area.

The 1K apartment is generally the Western equivalent of a studio apartment. Most commonly, the genkan directly leads to the kitchen, with the bathroom and toilet in the same area separated by a wall.

Meanwhile, 1R is the smallest type apartment where it literally means “1 Room”. A less common room type that can be observed is 1SLD, in which the letter “S” here refers to “storage” room. The storage room is more often than not, has a form of a walk-in closet. The size of the storage room itself does not have a standardized requirement and the only way to  accurately find out its sizes is by being present in the apartment itself/