Have you ever heard before about Komodo Island? Where is it and why you should know about it? The thing is, yes you need to know and might become one of the thing you will grateful when you know it. And visiting it could also be the best thing ever happen in your life. 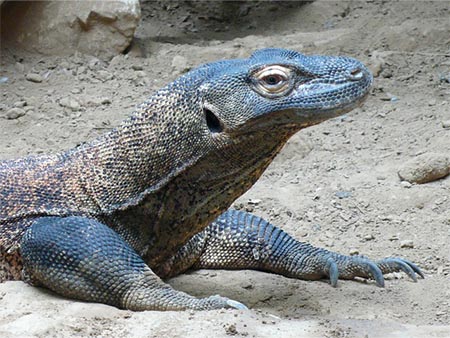 Komodo Island located in Republic of Indonesia, especially in Province of East Nusa Tenggara. The word “Komodo” itself is the name of the biggest living lizard on earth and also known as komodo dragon. Might be the last dragon ever met by human being. Sometimes i think it is too good to be real to fantasizing that the dragons are actually exist though far different with many visual representations such in movies .

I am gonna talking about the facts related to the Komodo Island and those may never been heard or read by you before. And if you are put interests or curious too much about them, read along the lists i have prepared below.

If you think that all i will written are good and worth your thumb to share this article, feel free to do it happily. Here we go.

There are at least about 3,000’s komodos living in Komodo Island per this year (2018) and tend to be highly increased knowing that each years are giving the positive signal for this trend. And those are not included with other islands around it which could give us the number up to more than 5,000. Sounds like the government, NGOs, tourism business owners, and of course the local people keep on preserving the nature where they are living to prevent the komodos from extinction. Keep up the good work, fellas!

2. Tourists, scientists, and the naturalists at Komodo Island

No wonder that people with different backgrounds keep on visiting Komodo Island. Beside as one of included island in Komodo National Park, the attraction could not only be enjoyed by the tourists, but also as the big laboratory for the scientists around the globe and also the naturalists whom studying about the animal evolution. The komodo dragons themselves are mostly found in East Nusa Tenggara as the last population of biggest living lizard in Indonesia and Australia since million years ago.

According to the research from Melbourne University in 2009 ago, the dragons is the original species living in Australia. But then migrated to Lesser Sunda Island and surviving at East Nusa Tenggara until now. Don’t know if this is true or not, because many also believe that the Komodo Island is the original habitat since long times ago.

When you are at Komodo Island to see the komodo, no need to worry that you might be attacked by a group or two of them. They are hunting their foods alone, each of them as it is. Not in a group at all. And the park guards or officers at the island are not giving them the meat to be eaten. So they are completely hunting by themselves the animals such as goat, horse, etc as in the wild. Even hunted by their own species since komodo is the cannibal’s animal.

Back in 2009 ago when UNESCO declared the Komodo National Park and Komodo Island surely become part of it. In November of 2011, Komodo Island became one of the controversial of New 7 Wonders since it has the popular destination for diving and the komodo itself. Not to mentions other beautiful floras and faunas, the beautiful pink beach that only existed not up to 10 (maybe only 7) in the world, dozens of marine biotas, thousands type of fishes, tens type of whale and many more.

5. The confluence of cold and hot seawater

Being said that the cold seawater is coming from the southern part of the island and the northern seawater flow bringing the opposite. Did you know what the best part of this seawater confluence? A big amount of fresh fishes around the island. A delicious destination while traveling to the wild.

6. Females needn’t the males to reproduce

Female dragon soon to be a mother needn’t a muscled, handsome and loyal male just to get herself for pregnant and later to give a birth. It is because that their certain egg cells can fertilize each other. A thing like in lieu of sperm called as “parthenogenesis.”

Well guys, those are 6 facts about Komodo Island and also the komodo dragon itself. From the beautiful to the dangerous one and other mixed sensations. Share this lists to remind the other.